Head of Operations and Governance
Expertise
James has wide experience of operational and governance management in both the charity and higher education sectors, with specific experience of grant and programme management and of working internationally to build effective partnerships with funders, collaborators and stakeholders. He has particular expertise in delivering change and innovation within organisations transitioning to new and more impactful ways of working toward their strategic vision. 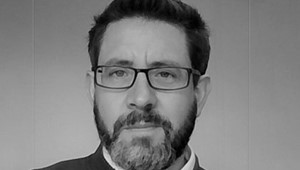 Current Work
Following its spin out from the IHRB, James's role was created to manage the operation and governance of the Centre as an independent organisation. His work focuses on ensuring the transparency and integrity of the Centre's governance, the efficient and effective management of its grants and on financial and operational management generally.
Previous Experience
James worked most recently at UAE University in Abu Dhabi, advising on a major transformation project as part of the country's transition to a knowledge-based innovation economy. Previously, he was Assistant Head of the Postdoctoral Academy at the University of Cambridge and prior to that he helped set up the Cambridge Muslim College, including key roles in the creation of a unique new degree programme in partnership with the Open University. He has a doctorate in Asian & Middle Eastern Studies from the University of Cambridge.