Kat is an award-winning human rights lawyer with over 15 years’ experience of supporting individuals and communities in asserting and promoting their rights. 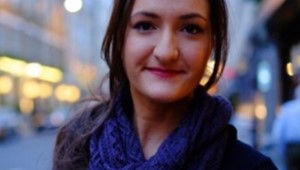 Kat has extensive expertise in civil, public and international human rights law. She has litigated in the UK Supreme Court and the Grand Chamber of the European Court of Human Rights, and has advised on accountability and grievance mechanisms in the sporting and non-sporting context in multiple jurisdictions. Kat also advised on a range of public law cases in countries ranging from Germany to Yemen and supported the Tunisian Bar Association as a visiting expert on truth and reconciliation processes during the Arab Spring.

Kat is the founder and CEO of Athlead, a not-for-profit consultancy specialising in sport and human rights, with a particular expertise in athlete activism. Athlead’s clients include UN agencies, national governments, major sport-for-development funders, and former Premier League footballers and Premiership rugby players. Kat and her team have developed and managed projects relating to gender equality, systemic racial injustice, refugee rights and social inclusion, mental health and childhood trauma. In the last four years, Kat has worked extensively with elite and professional athletes across four continents who experienced sexual abuse and harassment.

Kat holds a postgraduate Executive Certificate in Sports Philanthropy from George Washington University, where she now sits as an Advisory Board member. She has a first-class Postgraduate degree in Law and while working in private practice was listed in both the Legal 500 and Chambers & Partners. Kat regularly appears on national and international media and writes for various print outlets, as well as co-authoring The Protest Handbook (Bloomsbury Professional). Kat is an Advisory Board member of Supporters Direct Europe and the Centre for Criminal Appeals.

In her spare time Kat helps run Camden & Islington United, a supporter-owned football club based in North London which combines football with community projects to create a healthy and inclusive space where people feel engaged, valued and connected to one another. Kat has a black belt in Kung Fu and is a passionate but distinctly average left-back.