Over a career spanning 40 years, Philip has been a leading figure in the Trade Union movement, holding the position of General Secretary at Uni Global Union and the FIET (International Federation of Commercial, Clerical, Technical and Professional Employees) for a combined 30 years. 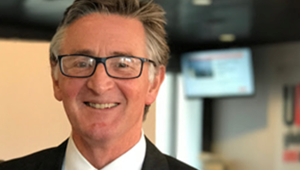 He has also played a leading role in the broader international trade union movement with the ITUC, TUAC taking the union message to the UN, IMF, OECD, World Bank, World Economic Forum, EU and the G20. As co - founder of the World Players Association to promote the human rights of athletes, Philip also contributed to the establishment of the Sports and Rights Alliance and the Centre for Sport and Human Rights. Other responsibilities have included Commissioner of the ILO Global Commission Future of Work; a member of the New Jersey Task force on the future of work and a Board member of the UN Global Compact since 2011. Philip has also chaired the Commission on the Future of the Irish trade union movement, and is Co-President of the International Peace Bureau. In recent months Philip has been part of a three-person team to evaluate and develop the future strategy for the Sports and Rights Alliance.