Having worked in both a corporate environment (including 13 years with The Coca-Cola Company on global events and partnerships, the NBA and Adidas), and a non-profit / institutional environment (Global Association of International Sports Federations; European Professional Club Rugby), as well as direct experience working with a large number of high-profile sports rightsholders or commercial partners including FIFA, IPC, Special Olympics, UEFA or BT, amongst others, Vincent brings a solid, in-depth understanding of the sport industry’s supply chain. 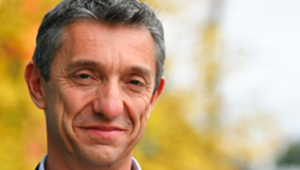 These experiences have given him the opportunity to develop relevant, innovative partnerships with various International, non-governmental organisations, including collaborating with UN branches and NGOs in an Olympic Games context while at The Coca-Cola Company; with UNICEF and various organisations interested in players health and welfare as part of his current role with European Rugby; or through various non-executive activities, e.g. co-founding Sport & Sustainability International, an NGO promoting sustainability in and through sport in support of the UN Sustainable Development Goals, or as member of the IOC Legacy & Sustainability Commission. Vincent spent three years in China to spearhead Coca Cola’s partnership with the Beijing 2008 Olympics, and this work continued in 2012 when he led Coca Cola’s partnership with London 2012. Such experiences have enhanced Vincent’s expertise in the fields of sport and human rights, development, health and the environment.